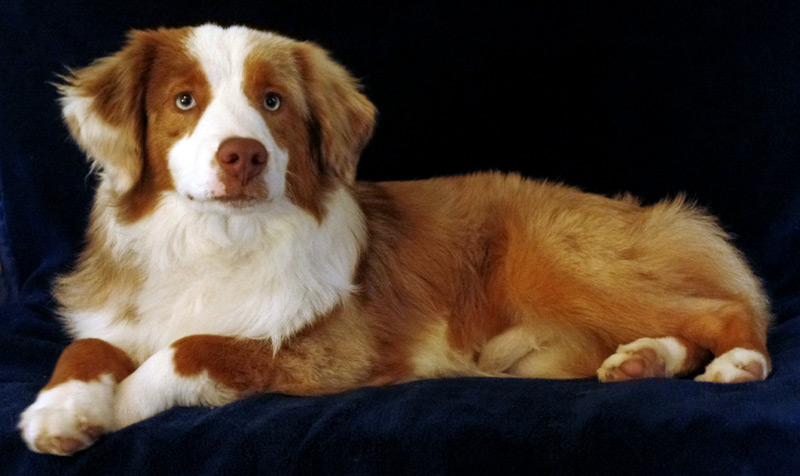 Blaze quickly finished his Grand Championship only a month after his earning his Champion title. He was ranked in the top three for 2017 in breed and all breed. Blaze became a Gold Grand Champion at the young age of 2½ years old. For 2017, he had multiple group placements and a Group One Placement. Blaze has multiple Champion offspring. He wins the hearts of all that he meets. You won't find a dog that has a better attitude.

One of his last breedings with us was with Karma and they have produced a stunning litter with many show prospects. Blaze has retired from showing and lives in a retirement community in Florida where he is enjoying the slower life.

Blaze is now neutered and we have limited vials of his semen available for shipping. This will be sold on a case-by-case basis to approved bitches.

Blaze out in Deland, Florida on his way to a Group 2 placement.

Blaze earned Winners Dog and Best of Winners and became an AKC Champion at the AKC National Championship with Judge Dorothy Collier in December 2016.