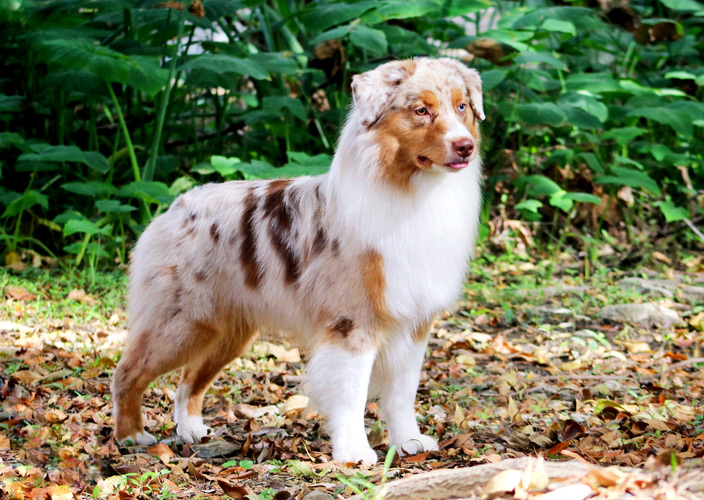 Halen is from our Bootsie and Trey Litter. He quickly became a AKC Champion in 2020 at just over a year old. His former owner Renee Revette was so very proud of Halen becoming a Champion and earning his Trick Dog title before she sadly passed away.

Halen came back to us and was afforded a great opportunity to go to Mexico to be shown with our partner Maria Cardenas Vaquero in the fall of 2020. Halen returned from Mexico after obtaining multiple Mexican titles and Group placements. Halen was the number one MAS in Mexico for 2020.

Halen has now sired multiple litters and we are very pleased with his puppies. He has recently earned his Dock Senior title; he is a beast when it comes to the water! Halen recently completed his BCAT title and is top-ranked in his speed. He has also passed his herding instinct test. Halen is currently co-owned in North Carolina. Halen is a smart, loving boy who loves dock diving and will try anything offered to him.

He is available for stud with frozen, fresh shipped, or live cover to approved females.

Halen wins Best of Breed at the Monterrey Kennel Club, A.C. on October 2, 2020

Halen earns a Major Win at the Louisville Kennel Club on March 13, 2020